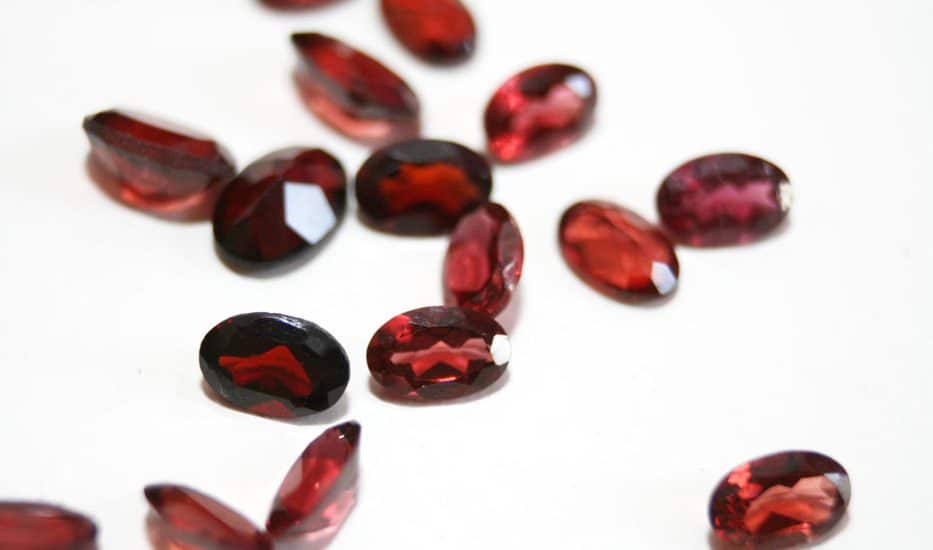 During the dark days of winter, the late harvest pomegranate is a sweet and colorful treat. The garnet, our January birthstone, was named attributed to the stone’s resemblance to a pomegranate seed, from the word granatum, but don’t be mistaken, the deep red of a pomegranate is simply one of many colors.

Although red is the most plentiful, garnets come in virtually all the shades of the rainbow; celery to deep green, pale to bright yellow, fiery orange, violet, and deep hues of the earth. Blue is the only color lacking, but there are recent discoveries of garnets that turn blue in artificial light. The emerald green of the demantoid is currently the most valuable garnet.

As the January birthstone, the garnet signifies eternal friendship and trust; this durable stone is well suited to be worn daily. Whether you desire a particular color and custom design by Jonathan or an artfully crafted piece from Metalsmiths Sterling, think of the garnet for January and Jonathan K Jewelry.

Caring for Your Jewelry